I wonder what Jim Thorpe’s second week at Carlisle Indian Industrial School was like. Maybe he felt a little pressure after the initial hoopla of the whole walking-in-unknown-and-crushing-them-all thing. Perhaps he choked a bit at first, and drank a little beer to cope with the pressure.  Maybe he just needed some time to really get to know his teammates. These are things we can only guess, because back then they didn’t blog.
Posterity will not have to wonder such things about us, because the history of the Third Rail Bowling Club is being written, even when it isn’t so much being made.
TRBC’s third week saw only 3 players: David, Amy, and Cap’n Allison. What we lacked in breadth, we made up for in depth. It was a deep night, of deep discussions, leading to the kind of deep bonding  you often see in movies about sports. We learned that Allison is an athlete of long standing, was a ranked tennis player, and a dancer as well. We learned that David can’t imagine remarrying if his beloved wife were to die an untimely death. We learned that one beer is probably enough for Amy when she skips dinner. We discussed ballroom dancing, parental favoritism, family holidays, surfing, and proper and improper channels for rage. We honed our high-fives. There was hugging. I’m getting a little misty here.
Our opponents, Team 11, started strong, using professional sub G., the league high-scorer, who appears to have a robotic arm that may or may not connect to his brain. The entire team was intimidating—they came with their own team shirts, shoes, balls, and well-honed spins. But once we hit our stride (and they lost Robo-G.), we kept pace, and even pulled off a game 3 win, like the scruffy-but-pluckily-determined kids in the Bad News Bears.
The scores for the night were:
David “Varsity” Padrusch: 117, 121, 143
Cap’n Allison “Al” Tilly-Carswell: 119, 117, 92
Amy “The Hoff” Hoff: 105, 146, 151
So that means the total score was 1,111. (Cool.) Adding in our phantom player's score gets us up to 1531. I'm sorry, I don’t know how to figure the whole handicap thing: unlike my teammates, and much like the young Jim Thorpe, I am a newcomer to the world of sports.
Oh yeah! We also learned from Team 11 that it makes good financial (and hygienic) sense to buy one’s own bowling shoes. After checking out a poster displaying some of the options, Allison was drawn to a purple skull-and bones design, while Amy liked the black ones with white stars. Of course, we will keep you posted on this exciting development.

I will leave you with our wise Captain's sunny words of encouragement, to one of us who had only knocked over one pin on the first try: "That's the best, because you have so many to aim for on the second try!". So true, so deep.
Posted by Third Rail Bowling Club at 2:10 AM 3 comments:

Stakes are high as The Club confronts its third week of competition. But if there's anything to define the team, it's that we're no bunch of shrinking violets. Having bested the Big Bawlers and seen team members rank amongst the top 8 competitors on the official stat board, it's starting to look like there's more to Sunday night than pitchers and passion for bowling fashion.
Fans around Greater Boston--and likely the world over--have been meeting on playgrounds, in coffeeshops and around dinner tables to ask:
--Can The Hoff continue her run of quiet but deadly games?
--Can Varsity partner his Fred Astaire style with a string of strikes?
--Can Flo harness the fury of her south paw?
--Will Gabriella return to defend her all-time high game?

With Al committed to more than just delivering beers this time around, three spots remain for Sunday night's competition. Who among us will have the good fortune of nabbing the remaining positions? Add your name to the comments if you're in; spots will be awarded on a first-come, first-served basis.

Posted by Third Rail Bowling Club at 8:40 AM 3 comments: 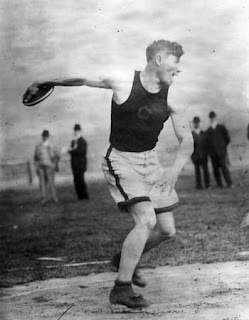 It was on an otherwise ordinary day in 1907 that Jim Thorpe, dirt poor, 19 and wearing street clothes, walked by the track at Carlisle Indian Industrial School and decided to take a leap. His long jump of 5 feet, 9 inches, crushed the other kids on the team and started him on a career that led to the Olympics and the Pro Football Hall of Fame.
Almost exactly 103 years later, Amy Hoff, driving a mini van and sporting a blue sweater, arrived at lane 43. To those close enough to hear, she claimed to have a bowling bag at home, but no ball. The shoes, we could all see, were strictly rental. But as soon as play started, we realized we had been had. The Hoff's right hand began to glow. Within a frame, she was some approximation of Pete Weber, Earl Anthony, and Walter Ray Williams, Jr. *
Rolling an 8-pound, purple ball of fury, The Hoff turned in a remarkably consistent 143, 149, 141. She feigned surprise at the first strike, though by the end of that game, there were whispers of a potential alley-hustler in the house. We at the Third Rail Bowling Club remained unconcerned.
Our handicap enabled us to do something remarkable and patently unfair: Bowl much worse than the other team and kick their collective ass.
The numbers:
Geoff “Edge” Edgers: 135, 106, 114.
Amy “The Hoff” Hoff: 143, 149, 141.
David “Varsity” Padrusch: 124, 117, 128.
Mary  “Flo” Hull: 76, 80, 114.
Percentage of onion rings actually in ring form: 32.
Rounds of beer: 2.
Third Rail’s game total of 1,427 would seem to pale next to the 2,628 points scored by the Big Bawlers, but we were told (we don’t do math on Sundays, we let the other team) that we had won games 1 and 3 and the overall points due to our handicap.
Cool.
What did we learn?
The Hoff is our ringer.
Varsity has the best form on the alley. Even when he’s throwing down a gutter-ball, he looks like Fred Astaire.
Flo works better when Varsity is in the men’s room or hiding behind a post, though this can be disturbing to the rest of us.
Edge needs to balance his anger with a Zenlike calm. (Advice came from Big Bawler Didi.)
Oh, and that those of us who don’t run around high-fiving other humans – or haven’t high-fived anyone in at least 23 years – can actually get a high-five muscle weariness. Really. Frat boys must get exhausted.
*Bowlers I’ve never heard of but was able to find by googling “most famous bowlers.”
Posted by Third Rail Bowling Club at 4:20 AM 1 comment:

As bowlers, we only visualize success.

Yes, there are purported "important announcements" made virtually every second on the Internet. But, here is an ACTUAL one: the lineup for Sunday's outing of the Third Rail Bowling Club:

I will be in attendance for about an hour to submit my USBC card, thus becoming an "official" bowler; to buy the first round of drinks; and, to do what I did best last week....talk and pay sporadic attention to the game of bowling.

Fashion. Are we cool enough?

True to his word to continue researching all things bowling, Geoff submits the following as a candidate for our team jersey: 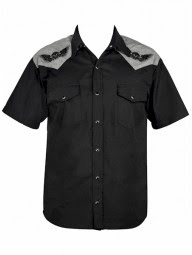 The Rockabilly Skull & Wings Bowling Shirt
Posted by Third Rail Bowling Club at 9:56 AM No comments:

This evening marked the inaugural outing of the Third Rail Bowling Club.

While half the team isn't sure what the handicap is, or how it's determined, we unanimously are IN FAVOR of the handicap. This, after many people at the Lanes assured us it would work to our advantage, along with phrases such as: "There's nowhere to go but up," and "People who can improve alot do great in this league."

Notable among the night's events:
--Geoff's saw a substantial increase in his score after receiving a tip about his "grip."
--Gabriella revealed herself to be a fierce competitor who showed up to bowl after a "significant dinner" of beef stew, which gave her the stamina to log the night's high score of 150 in the final game.
--Conversely, Mary and Allison suffered lack of focus from the start, but failed to hide it from their fellow bowlers by the middle of the final game. As Mary said, "I'm not sure I'm cut out for bowling. But I can definitely handle drinking at the alley on Sunday night." Here, here, Mary!

Next week, first round is on Allison. USBC bowling cards are due, along with $15 fee. Geoff will continue his thorough and wide-ranging research of bowling ("Did you know the best professional bowler only makes, like, $300 thousand A YEAR?!?") and report back with the best online sources for bowling shoes. And, we will continue our quest to determine... who actually are the members of The Third Rail Bowling Club?
Posted by Third Rail Bowling Club at 7:59 PM No comments: